Why we do not restrain 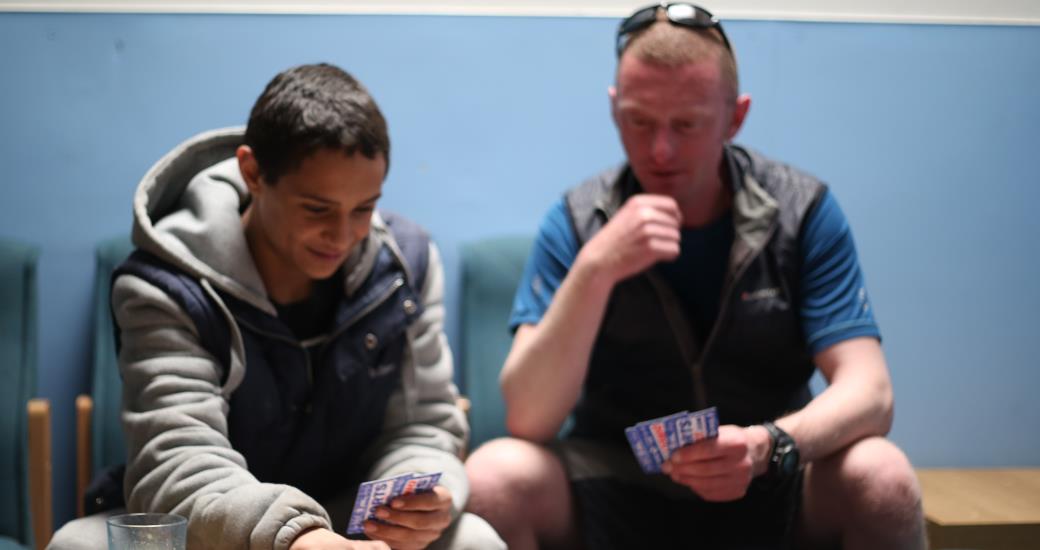 “Coming from a background as a researcher, I had only heard horror stories about children who weren’t able to maintain mainstream school placements due to ‘bad’ behaviour. I had friends who were secondary school teachers, and they told me about the escalating levels of violence towards staff in schools and the rising number of exclusions that were happening as a result. My own experience was fairly limited. I had coped well with school myself, and, generally speaking, so had my peers; I was what Ken Robinson, in his now-famous TED talk, calls the “top third” of students, someone for whom the traditional classroom environment had actually worked. I had friends with children who were struggling with Autism in school, but very little understanding of the sorts of behaviours that meant a child would need to be physically restrained on a regular basis or removed altogether due to the risk they present.

Coming to Releasing Potential was quite an eye opener at first; it was eye opening because of the level of challenging behaviour that staff encountered every day, and eye opening because of how wonderful and productive the relationships between staff and students were despite all of the challenges. I had not expected to be encountering problem behaviour as part of my role—especially as I was not delivering education to students—and I had not expected that I would enjoy the company of those children labelled especially ‘bad’ as much as I do.

I was, to put it mildly, shocked (and, at first, a bit suspicious) about the commitment Releasing Potential School had always made to a no-restraint policy. Given how often most of the students had been restrained by teachers trained in ‘positive handling’ (anything from minor directive patting to full physical restraint) in other schools, the decision that this would not form part of the tool box for dealing with (sometimes very aggressive) behaviour seemed an odd one. It also seems odd to most other educators I talk to.

This week I was at an event aimed at showcasing Alternative Provisions like ours within one of our referring Local Authorities. I spoke to primary and secondary Headteachers about our school and our training, and was struck by their enthusiasm for a no-restraint policy, but also by the fear that this just wouldn’t be possible in settings where behaviour was challenging.

I spoke with one Head who told me she was pleased to work in a school where restraint was not used, because behaviour was generally good. She also told me “of course when I worked in an SEN school we had to restrain all the time.” I asked her to tell me in what situations restraint had been needed, and she told me “well, if I child is about to throw a chair at you, what else are you supposed to do?” This sounded perfectly reasonable to me. I could understand, how, in the situation described, it would have seemed like this was the first and only response to such a potentially dangerous threat. This was a kind and enthusiastic teacher who loved the idea of a no-restraint approach, yet she felt that it was a necessary evil in the event her own safety or that of other students was threatened – I certainly couldn’t argue with this as I stood listening to her perspective.

As I reflected on this conversation, I wondered what had happened leading up to the event that the Headteacher had described. I wondered what opportunities there might have been, in a small-group setting with high staff-student ratios, to de-escalate the child’s distress and behaviour before it got to the point of crisis.  Could anything else have happened? What else might staff have tried? Was restraint the first or the last resort? I thought perhaps, without training and support in this specialised area, it may have been impossible to do much else. It got me thinking about why, despite supporting children with the most challenging behaviour imaginable, staff at  Releasing Potential School had never needed to use restraint in similar situations?

For almost all our students, restraint has been the inevitable outcome of their unmanageable feelings and behaviour, and something they expect to encounter regularly in school. I wondered, given our very different approach, why we had encountered so  few instances of aggression towards staff and no intentional assaults in our eighteen years of operation? I am not claiming that we don’t sometimes have terrible times. We have had broken windows, staff having to break up fighting, classrooms trashed, holes made in our building and other incidents—one child even, rather ingeniously, managed to take down an entire wall—but despite all this we have never had to restrain, nor have we had to exclude based on behaviour.

Committing to a no-restraint policy means relying heavily on other systems and techniques for managing challenging behaviour—without restraint, there have to be other options that work in order for staff and students to feel safe. This is mostly about having confidence in yourself and in your colleagues, as well as in your systems, something that is very difficult to achieve across a whole school.

Much of our own success in this area is around our culture and environment. For us, part of creating the right environment is about risk taking. As providers of a curriculum rooted in Outdoor Education, we know a fair bit about risk taking. Risk has to be managed, and risk assessments have to be put in place for all students. Most professionals, having seen our students’ referral paperwork, would be unlikely to feel they could manage the risks, and yet, finding ways to do this is a big part of why we don’t need to rely on restraint.

Meeting the need for safety is one important way that our students can start to feel like they can learn in our school. Interestingly, safety, it turns out, is about more than just risk assessment. A few months ago a new student called “John” was asked by our safeguarding trustee what it was that made him feel safe at Releasing Potential. He told her:

“I am allowed to light fires here, and go climbing, and use a knife for cooking – I wouldn’t have been able to do that in my last schools as I was too dangerous; teachers thought I would end up getting restrained”.

For “John” safety wasn’t just about a friendly face or a welcoming environment, but about being trusted; about not being seen as a risk; and about being given the chance not to ‘kick off’ and need to be restrained.

In this way, risk has come to underpin the school’s no-restraint policy in ways that we perhaps did not plan, but which we recognise as vital to our positive outcomes with students. Yes, we don’t have to restrain because we empower staff with range of techniques as part of a Level 3 in The Management of Challenging Behaviour they all undertake. More than this, however, is the philosophical approach we take: we would prefer broken windows than broken children.

When restraint is off the table, our staff are forced to find better ways of managing conflict: ways that ensure that relationships with young people don’t suffer the consequences of imposing our physical strength on them. However difficult this is, however challenging it may be for new staff to understand (and it was for me!), it is key to our approach and something that, for us, is non-negotiable.”