Inaugural Resource Hub gets off to a flying start… 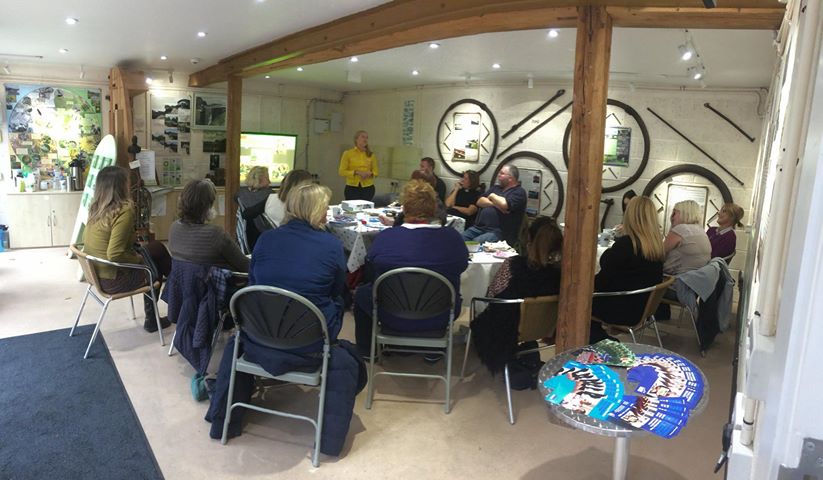 Our first Resource Hub sessions took place last week in Hampshire and West Sussex, bringing together professionals and others interested in mental health as an issue facing young people. At the QE2 Centre in Bursledon and The Canal Trust in Chichester, attendees gathered to hear Misty Bowers, CEO of Matrix Trust, deliver a taster session on ‘Mental Health 1st Aid’ in the context of working with young people.

The taster training was a combination of lively seminar exercises, audience participation and hints on new research in the field, with a chance for professionals to refresh their knowledge through discussion. Misty’s training was relevant and up-to-date, but it occurred to me that many of the techniques she described were already embedded in working practices. Importantly, rather than offering dramatic new ways of revolutionising engagement with young people who are mentally unwell, Misty’s session confirmed what many of us already knew but had almost forgotten: that we are already (often unconsciously) employing useful strategies when a young person presents in crisis.

I was stuck by several things about these events. Firstly, that so many hardworking and busy professionals had made it to the sessions at the end of a long working day (particularly at the Chichester event, which was packed to the rafters!) was a testament both to the need for initiatives like Resource Hub and the commitment of those at the front line dealing with vulnerable children. When we began this journey, we weren’t sure what the reaction would be, but the response to our first event suggests that there are many professionals who would like to access the sort of space to learn and unwind that can be difficult to find during the stressful working day.

Secondly, given the current picture in local government and education (tightening budgets; increasing numbers of young people to be supported; less and less funding from central government) I was amazed and pleased to experience a sense of overwhelming positivity from those who contributed. Despite the horribly pressured circumstances in which we sometimes find ourselves, great passion and commitment to supporting young people was apparent from the start. From social workers to teachers, LSAs and parents, these lovely people came together to discuss the ways that mental health affected their attempts to support young people, in a genuine and reassuring spirit of kindness and understanding.

When we decided to pursue idea of a Resource Hub, it was with an understanding that if we brought people together, it needed be meaningful, both for us and for those attending. We were keen to find ways to ensure that the investment of precious time people made would result in a positive impact on them and on the wider world. I was hugely gratified to see an example of this when a mother who attended because of an interest in her son’s own mental health problems, was brought together with social workers, youth advocates and teachers (some of them also parents) to exchange ideas. It was encouraging to watch a group of people working at the sharp end of public services, listening and offering advice, but even more so to see the impact that such connections had on just one mother who had been feeling alone in her battle to understand her family’s own mental health problems.

I came away from the first of our Resource Hubs feeling humbled both by the generosity of spirit and commitment to making things better for young people that I had witnessed over those two warm October afternoons. I look forward to our January sessions, when our very own Dr Catherine Brennan will deliver a 1-hour taster session from our NVQ3 course in ‘The Management of Challenging Behaviour’.